With technological advancements, the manufacturing and metallurgical sectors are also advancing. They are making use of highly advanced techniques and processes that enhance the durability and strength of the metal parts. The most common technique in which the manufacturing companies apply a protective layer of metal on a wide range of components to provide a finished look and increase the strength is Plating. 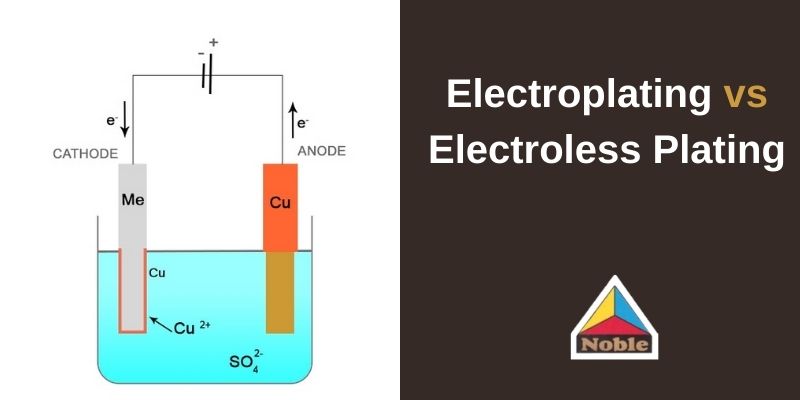 Plating is considered a highly advanced method in which the metal layer will enhance and protect the components by making them more resilient and less prone to corrosion over time. You might come across several plating techniques available, and different companies make use of different plating techniques. Out of these techniques, the most common techniques are ElectroPlating and Electroless Plating. In both the processes, the goal is to add a protective layer of metal over a surface, but the way in which they do so varies.

The technique you would choose would be dependent on your desired effect and application of the part being plated. Here we would be addressing all the aspects of both the process and mark out the stark difference between electroplating and electroless plating.

The most basic difference between the two processes is that electro-plating uses electricity which helps in transferring a deposit to a substrate while electroless plating utilizes an aqueous solution and no electricity to transfer the deposit.

Explanation Of The Electroplating Process:

Electroplating refers to the plating process in which electricity is passed through the solution that will help in creating a bond between the metal particles and the surface of the component. But before the process of layering starts, the component is cleaned by removing all the debris and dust, and then it will be submerged in the bath of plating particles. Once the component is submerged in the bath, the current would pass from the solution which will enable the metal particles to attach and bind to the surface of the object/component. The metal ions migrate via a solution from a positive electrode (anode) to a negative one (cathode). When an electric current passes through the solution, the workpiece at the cathode gets coated by the metal in the solution. As the process of electroplating makes use of electricity, it would be applicable only for the components that are conductive. If the surface of a component is not conductive, the electric current won’t flow through it, nor will the metal particles bind to it. Electroplating makes use of two different mechanisms.

Sacrificial Protection- Zinc and Cadmium: In this process, the layer protects the base metal from sacrificial corroding.

You might have guessed till now that electroless plating does not involve an electric current in order to bind the metal particles on the surface of the object. Hence it is also called auto-catalytic plating. The entire process is dependent on the chemical reaction that will initiate the binding of the metal particles and create a protective layer on the surface of the object. Similar to the process of electroplating, the object is initially cleaned and then treated with a wide range of chemical solutions. Among several solutions, the catalytic solution is the most essential as it will induce oxidation and kick start the process of plating. After this, the metal particles start attaching to the metal surfaces and create a strong bond with the surfaces.

Now you know about both the processes. If you want to create a thicker layer on the metal surfaces as well as a cost-effective process then you can opt for electroplating. But in certain situations you would require a thin protective layer, so choose electroless plating. Electroless plating is expensive as compared to electroplating due to the chemical heating. 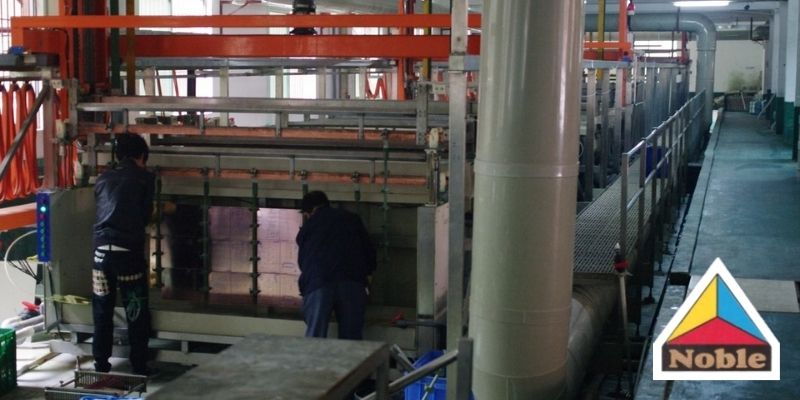 Both the process – electroplating as well as electroless plating are used for creating a uniform protective layer on the metal. Based on your requirements and the cost, you need to make the final choice.